COVID-19. Check our COVID-19 Statement for the latest updates. 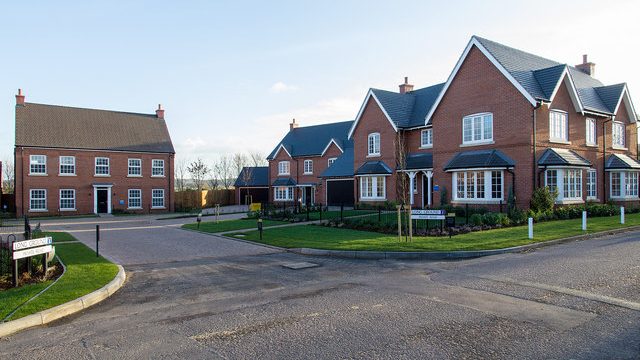 Despite difficult economic times and negotiations still being carried out for the UK’s departure from the European Union, the UK saw an increase in housing construction when compared to 2016’s results. A recent report from the National House Building Council (NHBC) reported that there were 160,606 plan registrations for new homes in 2017, this is a 6% increase from the previous year. This increase in house building gives a positive outlook for the construction industry, with 2017’s figures being the highest since the start of the financial crisis back in 2007. Housing construction is also showing early signs of continual growth in 2018, with UK housing expected to continue to increase; this is especially supported by Prime Minister Theresa May committing to a further 300,000 new homes a year in an effort to battle the ongoing UK housing crisis.

Housebuilding in the UK was massively affected by the financial crisis, mostly due to the uncertainty surrounding UK house prices which plummeted by 20%. Recent government schemes and incentives have helped house prices to increase slowly, especially programmes used to subsidise house prices for first-time buyers when buying newly built homes. The UK’s housing sector also struggled as it didn’t benefit from housing-construction booms before the financial crisis that were seen in Spain, Ireland and parts of the USA. With commitment to housing construction, the number of completions in the UK rose by 4% in 2017, the highest increase since 2008 and another strong indication for a successful 2018.

However, the housing construction sector can only be supported by a stable economy, something that economists are predicting could be a possibility in 2018. Some predict the UK will see a 1.4% growth in 2018, low for international standards but encouraging with the instability of the UK’s relationship with the European Union. Steve Wood, the Chief Executive of the NHBC, adds that he is encouraged by this news and he expects the number of new houses in the UK to increase in 2018. “If the economy is sound, the housing market is sound” Wood adds, commenting that if the economy shows an increase in 2018 this will also be reflected in housing. With housing construction on the increase, this shows a positive outlook for building suppliers, with an increased need for fenestration products. Increases have been seen throughout the UK, there was nearly a 20% in the number of new houses in Wales in 2017 and a 1% increase in London, the first time the capital has shown an increase since 2014.

Manufacturing a range of brackets for windows, FrameFix’s online shop offers the opportunities to purchase brackets for a range of window profiles. Window brackets are available in a range of quantities for profiles including; Kawneer windows, Swish windows, WHS Halo windows, Profile 22 windows and also brackets to suit many aluminium window systems. Their team of manufacturing experts also offer a bespoke service, designing specific window fixing brackets for your required window fittings.

If you would like to find out more about any of FrameFix’s window fixing brackets or window components, contact us here or call on 01282 455 455.